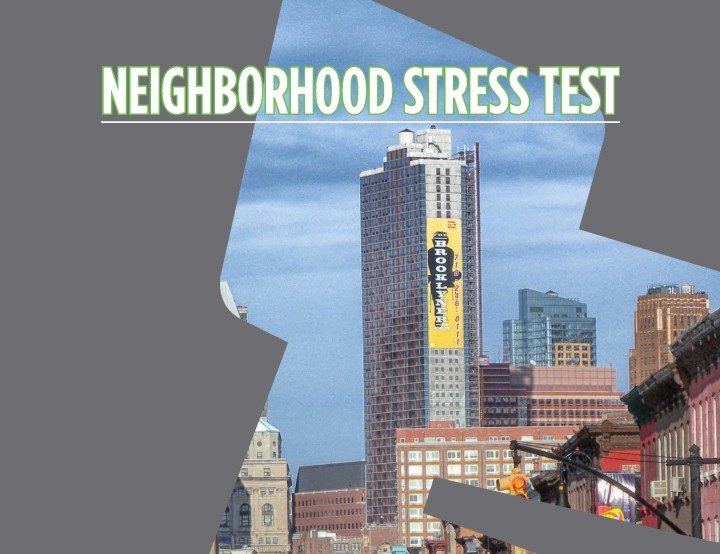 CHPC has released a new report that sets a foundation for our Aspirational Neighborhoods initiative. The Neighborhood Stress Test identifies a method for policymakers to focus the attention and resources of government on the neighborhoods that need it most. In the process of developing this method, CHPC has also identified serious issues regarding the collection of data by public agencies that hamper government efforts to coordinate effective programs in those communities.

Aspirational Neighborhoods, our work to empower New York City neighborhoods to help their residents lift themselves out of poverty, seeks to support the efforts of the city government to create a more equitable city for all New Yorkers. To that end, the Neighborhood Stress Test offers a way to think about and prioritize government investment in neighborhoods.

The Neighborhood Stress Test compiles the outcomes of a range of indicators—from health to housing to crime—as a means of drawing attention to the conditions of New Yorkers in their communities. Rather than measuring the performance of government agencies in terms of 311 calls answered or the number of street trees pruned, our methodology focuses on the outcomes that reflect the lives of households and individuals. Where are pregnant women not receiving medical care? Where are children being placed in foster homes? In combination, a sample of these types of indicators form a much more powerful reflection of the needs of New Yorkers. 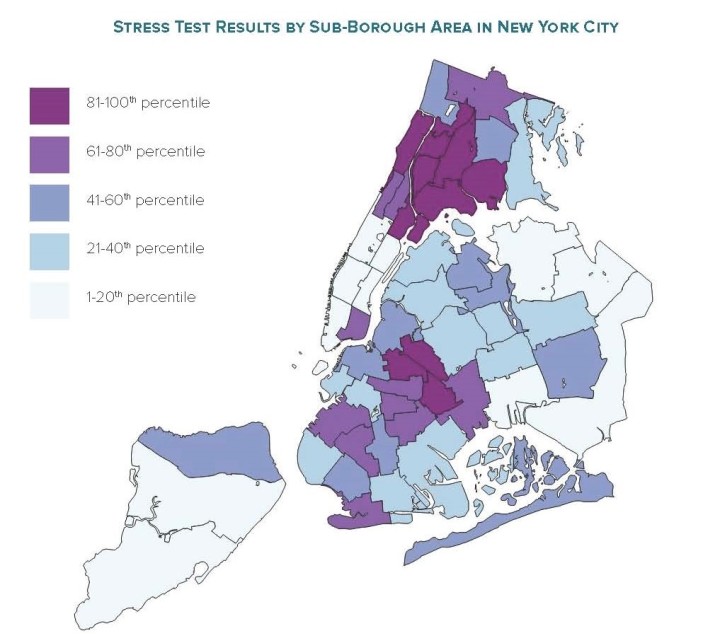 The results of the Neighborhood Stress Test. Image: CHPC

The results of the Neighborhood Stress Test will not surprise those who are already aware of the struggles of some New York City neighborhoods. Neighborhoods in the South Bronx and Brooklyn dominate the top of the list of neighborhoods that need government attention. Rather, the Stress Test process highlights two main takeaways:

It is our hope that this very simple study will draw the attention of policymakers and lead to changes in how the New York City government approaches its investment in our neighborhoods.

You can read the report itself by clicking here.

CHPC thanks the Capital One Foundation for supporting this project.