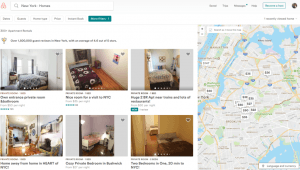 Over the last decade, short-term rentals have boomed across the globe due to the accessibility and ease of online booking platforms such as Airbnb. For visitors, it is easy access to overnight stays in cities around the world. For landlords, neighbors, and policymakers it is unfettered use of what can be a scarce resource in a highly regulated housing market. With the click of a mouse or the tap of a screen, houses and apartments are becoming unsanctioned hotels for periods of time, shaking up land use systems and housing regulations.

Cities around the world are debating the impact of short-term rentals on their housing markets and wrestling with public policy to deal with them. One of the biggest difficulties is that the characteristics of short-term rentals vary widely. They can occur in a detached house or in a building with multiple apartments. The rental can include an entire housing unit or just a spare room. The rental can take place year-round as a commercial venture or just on the occasional weekend when the primary resident is away. The host might own the unit or be a tenant who sublets it. In New York, different ownership and tenancy regimes—such as a condos, co-ops, or rent-stabilization—add additional complexity to short-term rentals.

As the number of short-term rentals in residential buildings has grown, New York’s policy approach has been to impose stricter rules and harsher penalties. In 2011, New York State made illegal almost all short-term rentals that take place in an apartment without the primary resident being present. In October 2016, a new State law enabled the City to fine anyone who advertises these illegal rentals.

Sleeping Around: Short-term Rentals and Housing in New York City

Wrestling with Airbnb in Other Cities