CHPC’s flagship research initiative exploring how demographic change is affecting ‘the household,’ and how different housing typologies can be used as a tool to satisfy emerging housing needs.

Making Room began when CHPC created a unique data model that revealed the diversity of household configurations in 21st-century America. CHPC found that single people living alone, and adults sharing their homes with other adults, comprise the majority of households in each New York City and the United States. Despite this, the housing stock is designed primarily to accommodate nuclear family households, largely due to regulatory requirements in zoning and building code that prevent different housing typologies from being created.

Single people living alone, and adults sharing their homes with other adults, account for most households in New York City.

Over the last ten years, CHPC’s research and education initiative have built off of these concepts to create a new approach for policymaking and planning that can be applied anywhere. CHPC has promoted Making Room at educational events and venues nationwide, including symposia, housing design competitions, and exhibitions at the Museum of the City of New York and the National Building Museum. Making Room has made substantial impacts on housing policy in New York City, inspiring an innovative City pilot to develop a building of micro-studios, now known as Carmel Place, and leading to significant changes in the regulation of housing development by New York City zoning.
The Making Room approach to policymaking and planning asks:

1) How is the population grouping itself into households?
2) What are potential options for housing typologies that can support new household arrangements and lifestyles?
3) How can zoning, planning, subsidy, and building code controls change so that the development of new housing typologies is allowed and even encouraged?

CHPC hosted an international design symposium in 2009 to acquaint New York City housing policymakers and industry practitioners with innovation in housing design occurring around the world, in response to changing demographics, a growing population of single people, and increased urbanization. 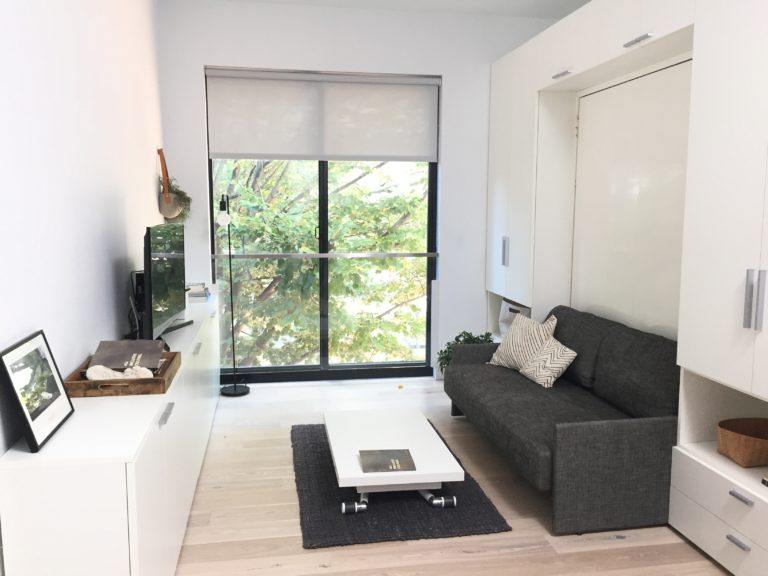 Interior view of a unit in Carmel Place on East 27th Street. 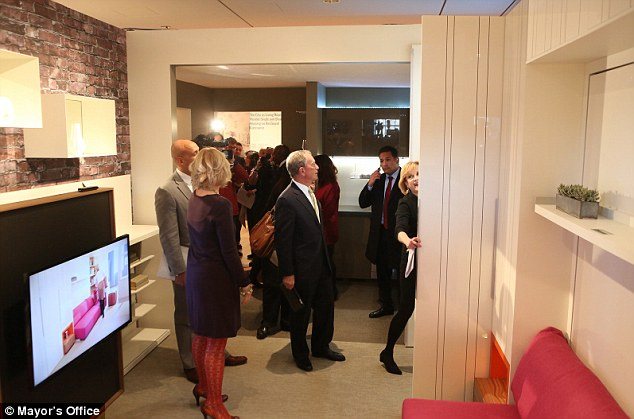 Interior view of a unit in Carmel Place on East 27th Street.
In 2011, CHPC partnered with the Architectural League of New York to commission developer/architect teams to take on a unique challenge: to design an array of accommodating, desirable, safe units for singles, shared households, and extended families, without needing to comply with certain regulatory restrictions, including minimum unit size, density restrictions, and occupancy standards. CHPC partnered with the Museum of the City of New York to showcase its research findings and the results of the competition at the Making Room museum exhibition. The exhibit ran for nine months, garnering international media coverage and attracting over 150,000 visitors.

Making Room made policy waves when the City launched a pilot program to test out the type of innovative design showcased at the exhibit in practice. The Bloomberg administration released a Request for Proposals for the adAPT pilot in 2011, inviting developer/architect teams to submit proposals for the development of a building of micro-studios for singles and small households on a piece of City-owned land. The winning submission, designed and developed by Mondanock and nArchitects, is now located on East 27th Street in Manhattan and known as Carmel Place.

Policymakers, government leaders, and the housing industry were beginning to rethink the types of housing that are needed in the market. In 2016, Making Room had another substantial impact on policy in the Zoning for Quality and Affordability text amendment. The minimum unit size requirement was removed from the New York City Zoning Resolution, signifying a substantial change in how the City regulates housing design and development.

In 2018, CHPC shared its work at the Making Room exhibition: Housing for a Changing America at the National Building Museum in Washington D.C. The exhibit showcased CHPC’s research results in a fully built-out, 1000 sf apartment adaptable to four different household configurations. 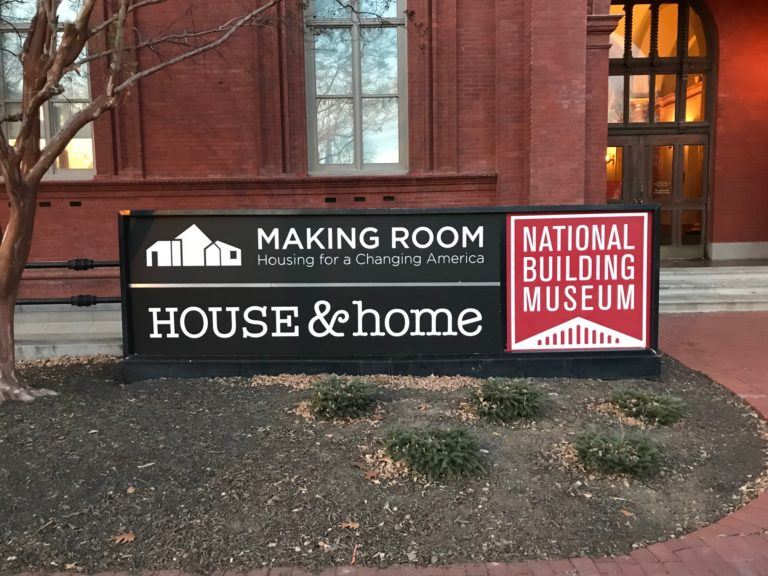 Making Room Resources: Making Room: Why Should We Care?