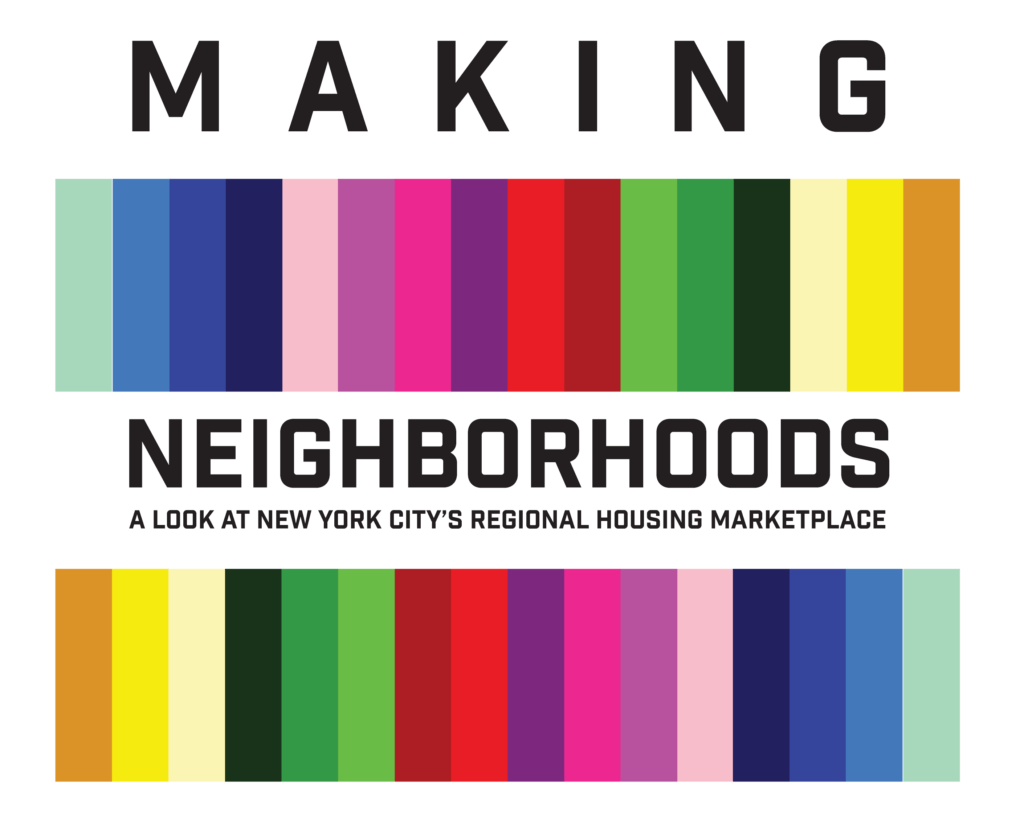 In 2014, CHPC released the first Making Neighborhoods report and interactive map studying demographic change in New York City in the decade spanning 2000 to 2010. Since then, we have expanded our work to include the metropolitan area surrounding the city. Our report is available here and interactive map is available at www.makingneighborhoods.org.

At the heart of Making Neighborhoods is a statistical method known as cluster analysis. Our cluster analysis method finds commonalities between census tracts across race, income, age, educational attainment, foreign birth, household and family type, and presence of public housing. Our model identified 16 population “clusters” of census tracts that differed from each other for the year 2000.

If there was one overarching takeaway from our original 2014 Making Neighborhoods study of the five boroughs, it was that the formal, government-drawn boundaries are inadequate for measuring changes in the housing marketplace. The analysis of New York City’s five boroughs showed us many instances where significant demographic groups straddled boundary lines, effectively
splitting them and neutralizing their importance to their “official” neighborhoods.

There were also interesting changes happening along the Queens-Nassau County border and along the Bronx-Westchester County border. Those transitions compelled us to answer the question of what was happening just beyond city limits.

There were also new trends that emerged unique to this wider regional study:

Our report details the methods and results of this innovative approach to studying demographic change. The Making Neighborhoods study measures change from 2000 to 2010, as well as presents our thoughts on the implications of the results for the regional housing market looking forward.

You can also read the Making Neighborhoods report here.

CHPC thanks its Making Neighborhoods funder, The New York Community Trust, as well as the developer of our interactive map, VanDam Media.