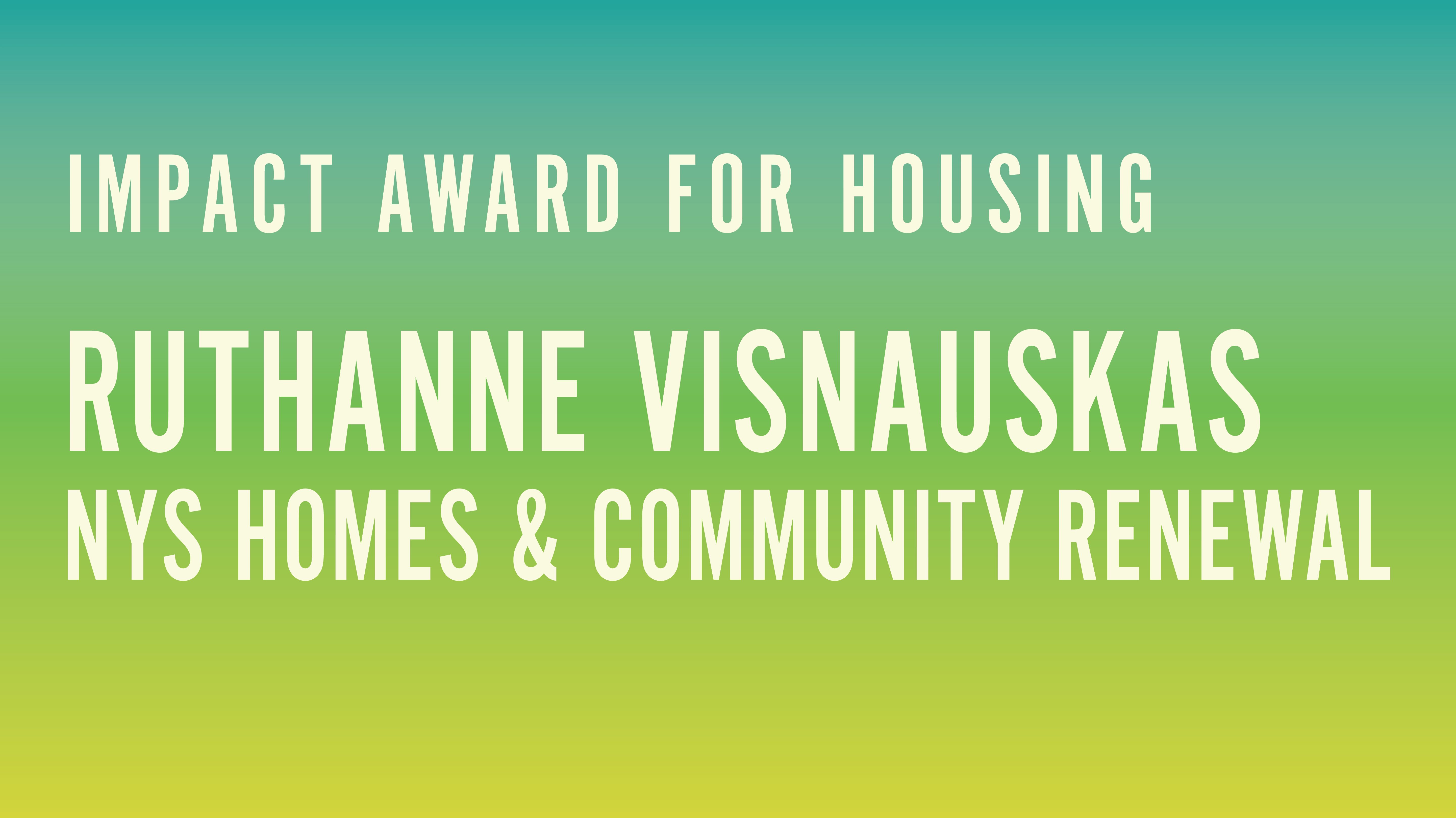 RuthAnne Visnauskas, Commissioner/CEO of New York State Homes & Community Renewal, received the Impact Award for Housing. RuthAnne is honored for her many contributions to the provision of affordable and accessible housing in New York City and across the state. 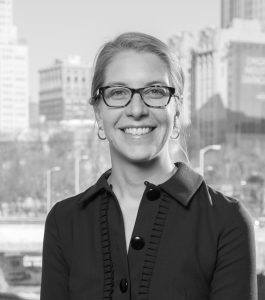 Under RuthAnne’s leadership, HCR has stewarded Governor Cuomo’s $20 billion affordable and homeless housing plan to create or preserve 100,000 affordable units and 6,000 supportive units over five years. The plan includes both rental housing and homeownership, new construction and preservation and in December 2019, passed the 60,000 units mark towards completion. HCR has been the most active housing bond issuer in the country in four of the last five years, issuing more than $12 billion in tax exempt and taxable housing bonds to fund initiatives ranging in scope from mixed-income rental development to single family mortgages.

RuthAnne also held several key positions at the New York City Department of Housing Preservation and Development during the Bloomberg administration, including the role of Commissioner from September 2014 to February 2015. HPD is the nation’s largest municipal housing agency, in charge of the development and preservation of affordable housing and the enforcement of the City’s Housing Maintenance Code.

She received her bachelor’s degree in Urban Studies from the University of Pennsylvania and holds a Master of Urban Planning from the Robert F. Wagner School of Public Service at New York University.

Ms. Visnauskas lives in Manhattan with her husband and three children.