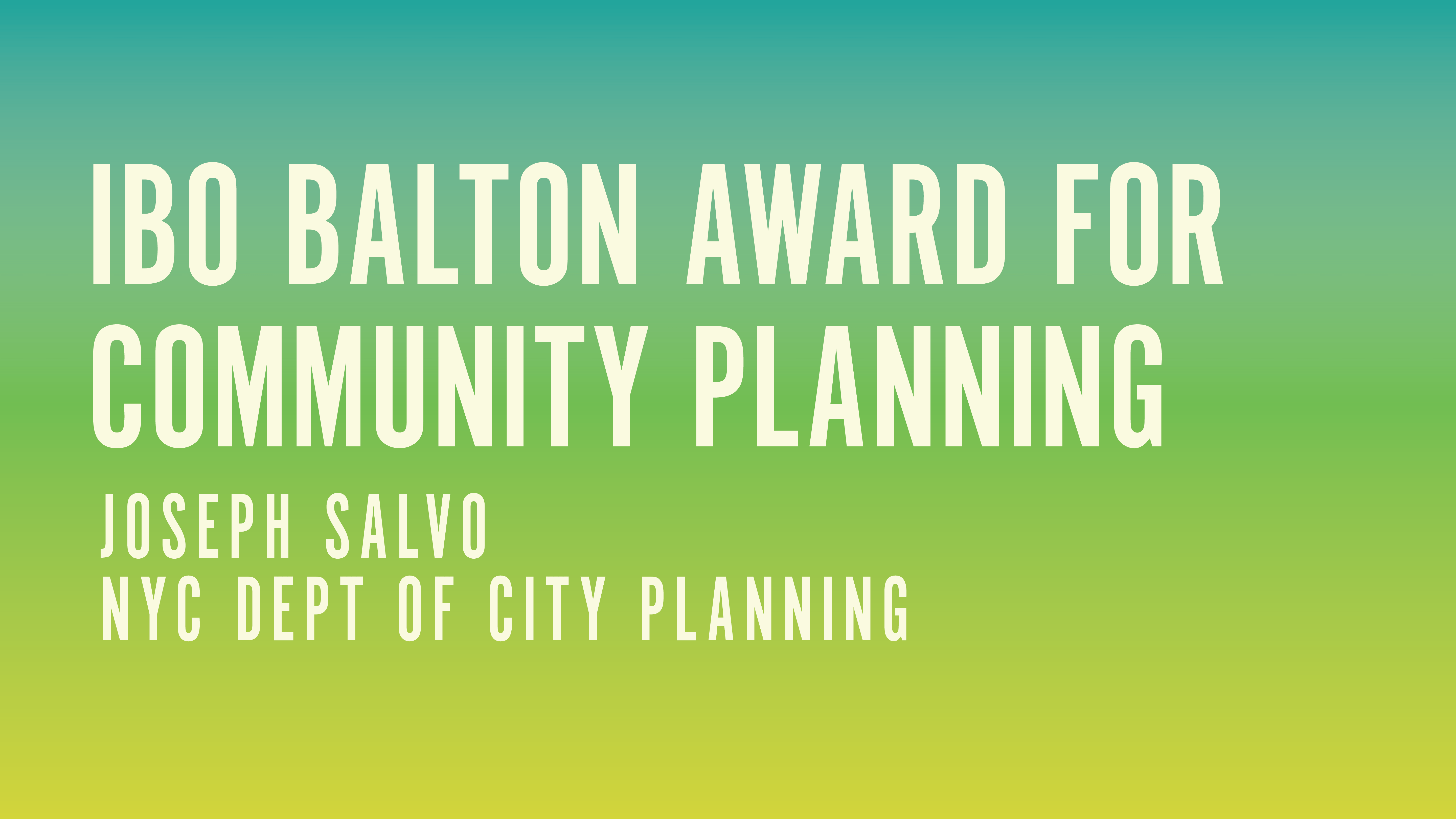 Joseph J. Salvo, Chief Demographer at NYC Department of City Planning, received the Ibo Balton Award for Community Planning for dedicating his career to public service, and for his contributions to identifying and meeting the needs of New Yorkers.

To help us honor Joe, complete your census form today! 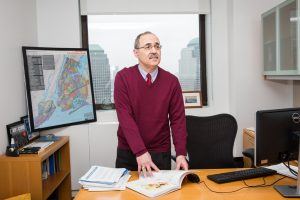 For the past 25 years, Dr. Joseph J. Salvo has served as Chief Demographer and Director of the Population Division at NYC Department of City Planning, where he held a variety of roles beginning in 1982. Before joining City government, Dr. Salvo obtained his M.A. and PhD in Sociology at Fordham University, trained in research at the National Institute for Mental Health, and worked at the U.S. Census Bureau.

Dr. Salvo has played a vital role in ensuring that neighborhood and community needs can be accurately identified. Dr. Salvo has been involved in four U.S. Census enumerations in New York City. Under his leadership, the Population Division has directly impacted the content and methods used in the American Community Survey, the primary data source for community demographics. Dr. Salvo has directed New York City’s technical strategy for the 2020 Census, while providing input to the U.S Census Bureau’s nationwide efforts to obtain an accurate count.

As a member of numerous national boards and committees focused on population data and census methodology, Dr. Salvo has represented New York’s interests in nationwide matters and navigated the impacts of federal issues on the city. He lobbied for passage of the Address List Improvement Act in 1994, which gave local governments the power to review addresses for the census, and subsequently conducted New York City’s Address List Review for the 2000 Census, adding 400,000 addresses to the list and bringing the city’s population above 8 million for the first time in history. Dr. Salvo served as an Expert Witness in Federal Court for the New York Attorney General in 2018, providing testimony on litigation around adding a citizenship question to the 2020 U.S. Census, which would have compromised both the count and quality of the data that New York City uses as a basis for providing services to the population.

Not only has Dr. Salvo helped to ensure that needs are accurately identified, but he has brought the implications of data to bear on government efforts to address them.

Dr. Salvo has applied data to inform policies and programs ranging in target from the need for school facilities, to emergency preparedness, to efficient deployment of English language instruction, to municipal service delivery. Dr. Salvo oversees the preparation of population estimates and projections for New York City and works with city agencies to evaluate ramifications on infrastructure and services.

Dr. Salvo has also helped to empower all New Yorkers and Americans with the vital information that demographic data provides. In the early 1990’s, he initiated DCP’s Newest New Yorkers publication series, which has since become the authoritative source on New York City’s immigrant population, used by community groups, non-profits, city agencies, educators, media, and more. Dr. Salvo has taught at Hunter College and Fordham University, authored numerous articles on immigration patterns in New York City and methods for data collection and application, and published resources to help users navigate and apply Census and ACS data.