The goal was to engage in an open and meaningful conversation about how to more effectively help the homeless and those facing homelessness as New York City approaches new records in its shelter population. 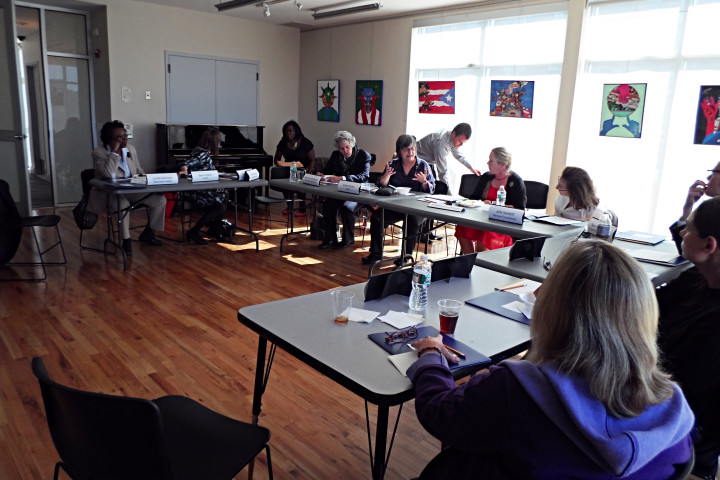 Over the past 30 years, the number of homeless individuals in New York City has increased almost five-fold from approximately 7,500 in 1982 to over 36,000 in 2011. Families have experienced this increase even more acutely. In 1982 there were over 1,000 homeless families in shelter, by 2013 there were 11,000 families, an eleven-fold increase. For those with children, the average length of stay in shelter is 337 days. Even after leaving shelter, 56% of families wind up returning to the system compared with 22% a decade ago, indicating that the City shelter system largely fails to create the opportunities clients need to find and maintain stable housing.

Supportive housing groups have attempted to address this by providing social services to their residents alongside housing. Since the early 1990’s, they have created 40,000 units of housing for singles and made a positive difference in the lives of thousands of vulnerable people. Many more housing units have been set aside for homeless families.

However, the families that enter the shelter system today largely come from the same neighborhoods as they did 30 years ago – namely in Central Brooklyn, the South Bronx, and Northern Manhattan. More troubling is that new neighborhoods are being added to the list, like Williamsbridge in the Bronx and Jamaica in Queens.

It is in this context that CHPC convened the roundtable discussion to pose the question: How can we create more aspirational communities?

“Aspirational communities” = communities that can help lift people out of poverty and help them prosper.

Participants discussed the causes behind the increase in family homelessness, the challenges to breaking cycles of generational poverty, the policies that have worked or failed in alleviating poverty, and what changes should be put in place to improve outcomes.

What follows are the main ideas and policy proposals that emerged from the group discussion: