The New York City Charter is currently under review by the 2019 NYC Charter Revision Commission.​

The Charter may be revised if proposals crafted and brought to ballot by the Commission are voted in by New Yorkers in November 2019. As an expert voice in NYC housing and planning issues since 1937, CHPC is deeply vested in this process. Over the years, CHPC has helped many Charter Commissions to craft its proposals for reform, and primarily those regarding land use and planning.

CHPC’s current work on Charter reform is focused on Uniform Land Use Review Procedure (ULURP), NYC’s process for public land use review, and the issue of comprehensive planning. Many advocacy groups proposed making changes to ULURP and/or requiring the City periodically produce a “comprehensive pan.” Throughout 2019, CHPC has been conducting research on these topics to inform its ongoing feedback to the Commission about the proposed changes. CHPC believes that any changes to the City Charter should facilitate:

WHAT IS THE CITY CHARTER? 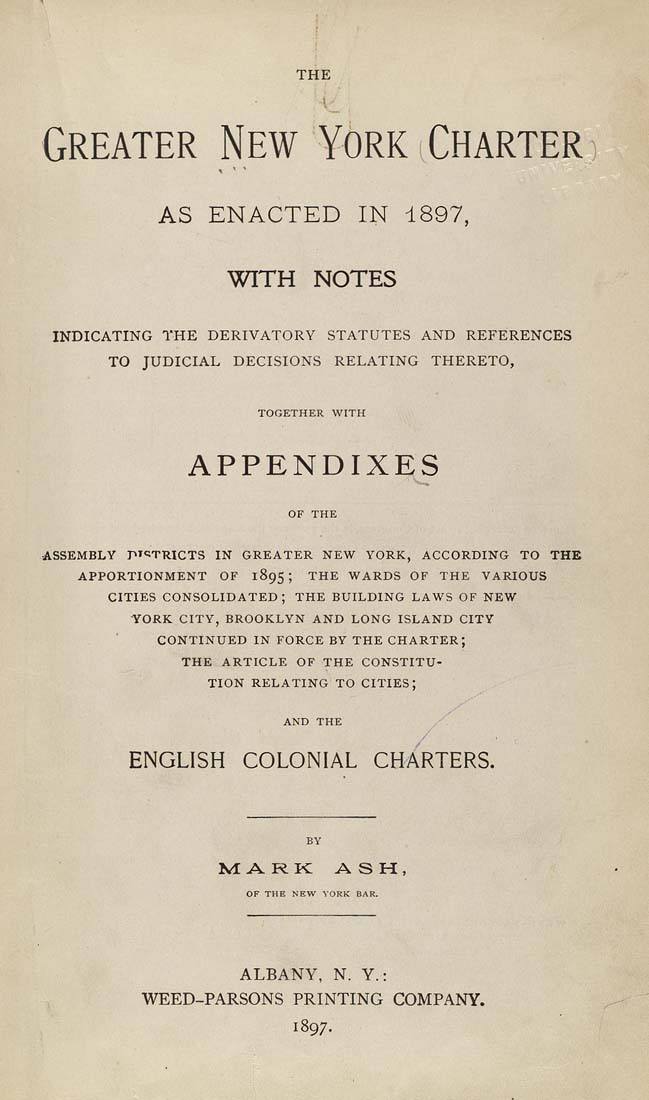 The New York City Charter is the invisible framework underlying all the ways our city operates and grows. Among other duties, the Charter outlines the offices and positions of NYC government and allocates their powers and responsibilities; defines who makes land use decisions and how they are made; sets out the system by which we elect our leaders; and outlines the rules that govern how our we spend our tax dollars.

The first City Charter, established in 1898, joined the five boroughs of New York City into a single entity. Since then, the Charter has been significantly revised only a handful of times. Typically, Charter amendment occurs when the Mayor or the City Council initiates the creation of a special commission, which leads a process to craft proposal for reform that are then adopted or rejected through referendum. The last major set of revisions was made in 1989 – when the City’s Board of Estimate was eliminated and its powers re-allocated, primarily to the City Council and the Mayor. The Charter has seen several instances of minor modification since then; the most recent having occurred in 2018, when New Yorkers voted “yes” on three amendments brought to the ballot by Mayor Bill de Blasio’s Charter Revision Commission.

In response to the Mayoral Commission’s reform process, the New York City Council initiated the creation of a separate commission, the 2019 Charter Revision Commission. The Commission led a series of public hearings to hear New Yorkers’ ideas for Charter reform. Over 300 reform proposals were submitted from a broad range of sources. From these, the Commission selected several concepts for further study in the areas of Elections, Finance, Governance, Police Accountability, and Land Use and Planning.

The Commission held Expert Forums to discuss the proposals within each topic area. Selected subject-area experts were invited to provide testimony at each Forum. Incorporating this feedback, the Commission staff released a preliminary report of its recommended reform proposals in April 2019. The Commission held a series of public hearings to solicit public input on the staff report, which informed the subsequent development of its draft ballot proposals. The Commission is currently in the process of finalizing these proposals to appear on the NYC general election ballot in November 2019.

Click here to keep up with news and updates from the Commission and here to see this year’s timeline for Charter reform.