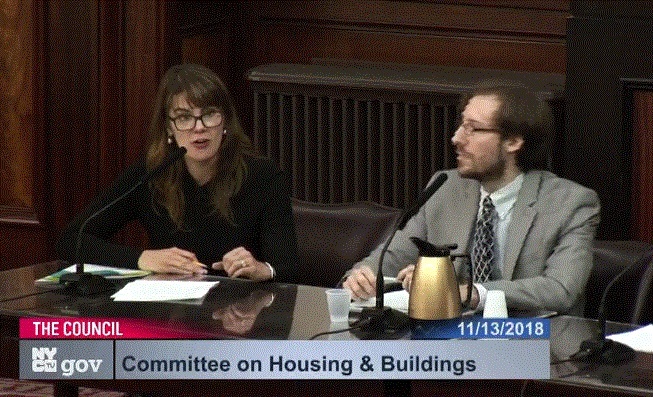 In 2017, CHPC published in its Hidden Housing report several recommendations for the creation of a basement apartment conversion pilot program in New York City. Since then, CHPC has played a leading role in advancing the discussion on basement apartments. This work, alongside research and advocacy by many other non-profit organizations in the city, helped to inspire a surge of interest in and political will towards the topic.

In 2018, the New York City Council proposed Intro 1004-2018, a bill to establish a Basement Apartment Conversions Pilot Program, which would provide regulatory relief and homeowner financial assistance to facilitate the conversion of a selected group of basements and cellars in East New York, Brooklyn into safe and lawful apartments. CHPC helped to make the drafting of this legislation possible with our Basement Apartment Regulatory Checklist.

Senior Policy Analyst Katherine Leitch testified on behalf of CHPC in full support of the bill on November 13th, 2018. CHPC is hopeful that the pilot program is a first step towards broader policy reform that could unlock thousands of new housing units across New York City.